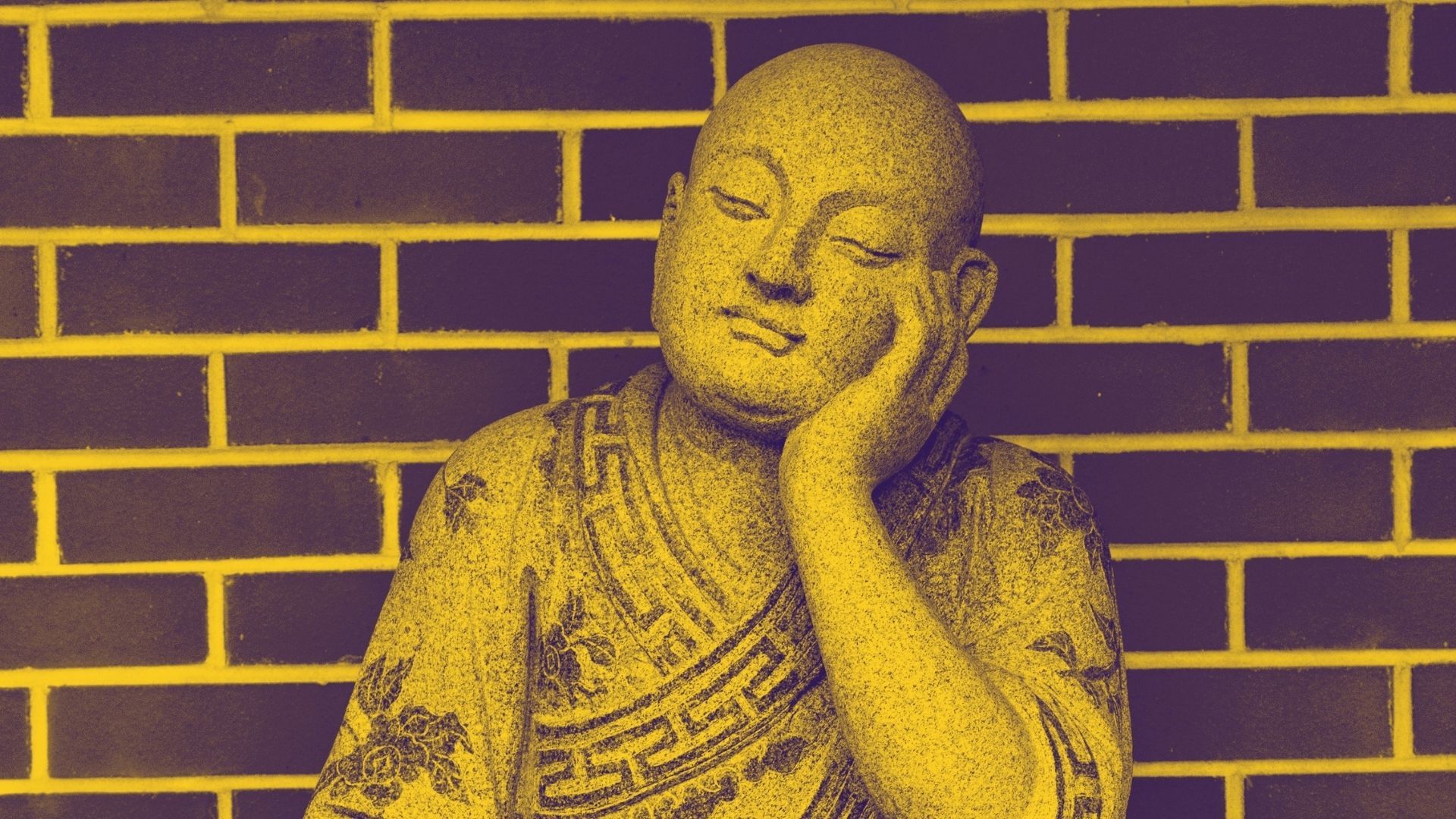 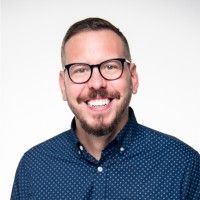 You may sit down on your certified zafu cushion filled with buckwheat hull, handcrafted by Tibetan refugees living in India every single morning before your daily cup of green tea—but that doesn’t free you from the barrage of phenomena that pops up in various forms throughout the day.

More importantly, your meditation practice doesn’t keep you from emotionally reacting to the variety of sh*t that will inevitably land in your proverbial lap.

Meditation alone won’t save your life or unlock your brain to be a better employee, parent, or spouse.

You need something else.

Something more than effort.

You need to be intentional and open to transformation.

The same concept can be applied to sales whether you’re a Sales Development Rep (SDR), Account Executive (AE), or one of the various other revenue-generating roles in an organization. Just because you book a meeting, close a deal, or upsell an account doesn’t mean that you are a sales professional, and it sure doesn’t guarantee your success. The secret ingredients for a successful career in sales are the same as a successful meditation practice - effort, intention, and a willingness to grow.

What do I know about this?

I’ve been meditating off and on for the last twenty years and been in sales for the last twelve of those years, but effort and intention were not particularly important to me at the beginning of either. I stumbled upon both in desperate states of manic, hoping that they would offer me an escape from the fresh concrete of life I found myself dragging each foot through.

A willingness to change was a prerequisite for both my meditation practice and a career in sales. But change is rarely clean. Typically it’s jagged and chaotic like sharp black rocks under crashing waves. One of my favorite written lines describing change comes from Junot Díaz in his novel The Brief Wondrous Life of Oscar Wao - “It’s never the changes we want that change everything.”

At the age of twenty-four, I remember sitting on my worn-out mattress on the floor of my worn-out room, contemplating my worn-out life. It was clear to me that I was at a crossroads. I was in the process of getting rid of all my stuff, preparing myself for a trip to France where I would join Plum Village, a Zen Buddhist monastery in the countryside south of Paris. I may as well have been Oprah to friends and acquaintances.

There are still some sacred things, even during an existential crisis.

I first discovered eastern philosophy and religion as an adolescent skimming through my grandparent’s bookshelves. I grew up with a working single mom, so I spent a lot of time with my grandparents, especially during the summers. I would read all of their books and then write stories on the old typewriter in my grandfather’s office. Most of the books on their shelves were old sales books and political science “classics” from the ’70s and ’80s with less than engaging titles like International Economics or Challenge and Decision: Political Issues Of Our Time.

But there would be the occasional day when I would stumble upon a hidden gem like The Andy Warhol Diaries covered in a thin veil of dust, waiting to crack open my young mind. The summer afternoon that I found Zen and the Art of Motorcycle Maintenance was one of those days.

Robert Pirsig’s unique novel, which was inspired by a motorcycle trip that he took with his son and a couple of family friends, read like a Buddhist monk’s journal through the machine of Western civilization. It was the first of many bread crumbs which would eventually, years later, lead me to the edge of my worn-out mattress, yearning for purpose.

I was about fifty bucks away from a one-way plane ticket to France and a lifetime of daily meditation, precepts, and silent retreats when my girlfriend told me that she was pregnant. I never made it to Plum Village, but the universe has a funny way of providing you with precisely what you need when you need it.

I needed purpose and would soon discover a never-ending supply of it.

My son’s birth acted as a catalyst for willingness to change, as is often the case when children are born. From the moment that his mother announced her pregnancy, I dove headfirst into a life of purpose.

I wanted to ensure that I was laying the appropriate foundation for the healthiest and happiest future for my son. Thich Nhat Hanh, a Vietnamese Zen Buddhist, talks a lot about the idea that our consciousness is a field filled with both skillful and unskillful seeds. It’s up to us to water the skillful seeds of compassion, understanding, and awakening. This is achieved by cultivating mindfulness through a consistent meditation practice.

At that point, I had meditated a handful of times, but my interest in Buddhism was more intellectual than devotional. I decided that the most effective way to begin laying a better foundation for my son was to go beyond the books I had read and put these concepts into action by beginning to attend the local Buddhist meditation center as well as meditating every day at home.

After six months of consistent meditation practice, the transformation was palpable.

Years of depression and anxiety began to transmute into compassion, awareness, and joy. Meditation didn’t magically remove stress and frustration from my life. Still, it did help me to expand the gap between the phenomena that arise, both externally and internally, and my habitual reactions.

I realized that before meditation, I would continuously react without thinking, which became destructive both mentally and emotionally. My experience is shared with other meditators. Studies have shown that mindfulness meditation can be a useful technique to help people overcome anxiety and depression by changing neurobiological responses associated with our ability to remember a stimulus that causes fear.

As my practice deepened, my willingness to change grew. I found myself being more intentional with various aspects of my life, which in turn opened up doors for me that I never imagined existed, let alone envisioned myself walking through. One of these doors led me to another source of purpose in my life, sales.

I never wanted to be in sales. If you would have asked me in my early twenties where the last place on earth I wanted to be I would have easily said on a sales floor. I was too busy dreaming about a life as a musician, touring the world, sleeping on random couches, and generally disappointing my family at every step along the way.

When my son was born, I quickly realized that the supplemental work I found as a line cook in various kitchens and dive bars was not going to be sufficient. The proverbial grass on the other side of the fence, namely the perfect astroturf that I saw sales reps skipping across every morning on their way to work, was the greenest green I had ever seen.

I was able to secure an entry-role position as a technician at a small medical device company and began slowly working my way up the ladder. After a couple of years, a few lessons learned from terrible interviews, and a countless amount of time spent on my own professional development, I finally landed my first sales job. To be fair, it happened to be in the absolute worst territory but I was less focused on the trees and more so on the forest of possibilities that lay in the future.

Naturally, my meditation practice, which at that point was fairly consistent, ended up being my secret weapon. It helped me to cultivate compassion, expand the gap between the phenomena that arise and my habitual reactions, and better manage stress. I vividly remember sitting in my car and going through a quick body scan and breath meditation before walking into my first big negotiation. I began to set aside 5 to 10 minutes before each block of time to ensure I was being intentional and allow myself the space to focus my attention on the task at hand.

I also found it to be extremely helpful when cold calling on the phone. As many of us know, cold calling can be extremely stressful. Our ability to navigate through waves of rejection without getting too attached to a particular outcome is essential in being able to successfully approach each conversation with excitement and curiosity, otherwise known as the beginner's mind in Zen Buddhism.

But, there’s something even more important: intentionality.

Once I combined the act of meditation with effort, intention, and a willingness to change, I began to better understand how I react to difficult conversations with prospects and customers. It has provided me with the opportunity to cultivate compassion for myself and others which in turn allows me to better understand other people’s perspectives by actively listening and offering impactful advice and solutions.

Meditation didn’t make me a better person or sales rep but it did offer me space to better understand myself and in doing so empowered me to become both.

This is my personal experience, but what do you have to lose? A little intentionality and mindfulness can go a long way.

In future articles, I’ll talk through how the Buddhism 8-fold path and the lessons within it can help you be a better sales rep. Stay tuned.